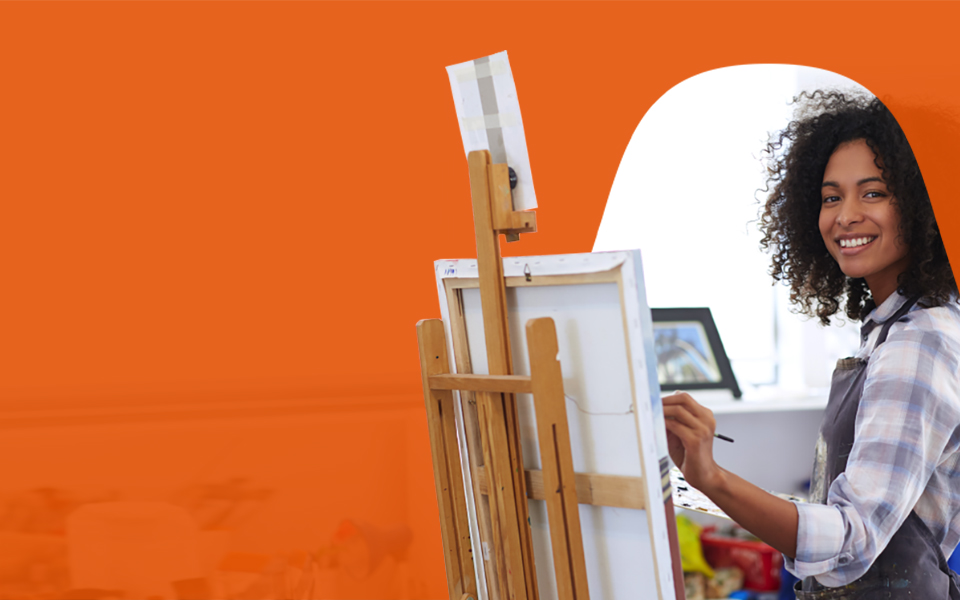 “I dream of painting and then I paint my dream”

We invite you to enjoy those dreams

Building on a 40-year legacy of supporting the arts, Amerant showcases a series of art exhibitions in its corporate spaces featuring artists whose talent inspires, entertains and amazes. The exhibition changes three times each year to remain fresh and inviting. Our current installation celebrates the theme, “Women In Art.”

During these unprecedented times, when we are all practicing social distancing and caring for each other, Amerant decided to adopt a new approach to supporting the arts and has embraced digital technologies in order to share this art with you.

We are pleased to offer you the opportunity to enjoy, from the comfort of your home, a virtual exhibition of Amerant Art by simply clicking a button below to begin a vibrant floor-by-floor tour of our newest exhibit.

Amerant Art exhibitions are curated by Espacio Visible, which is led by Adriana Gómez and Anilu Gómez, two of the area’s most respected art consultants.

To view the Women in Art exhibition catalog, Click Here. 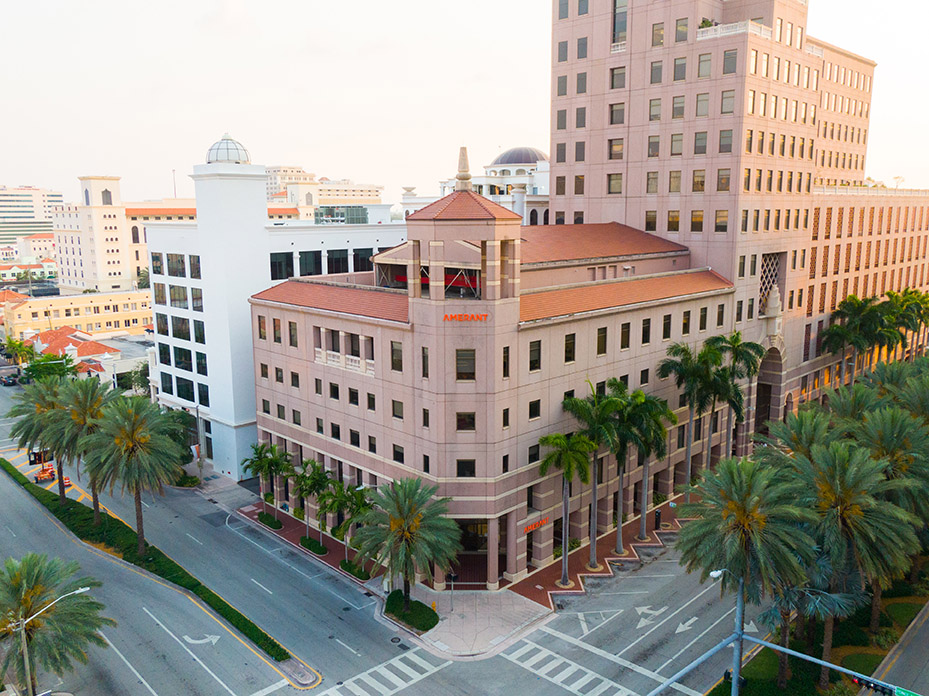 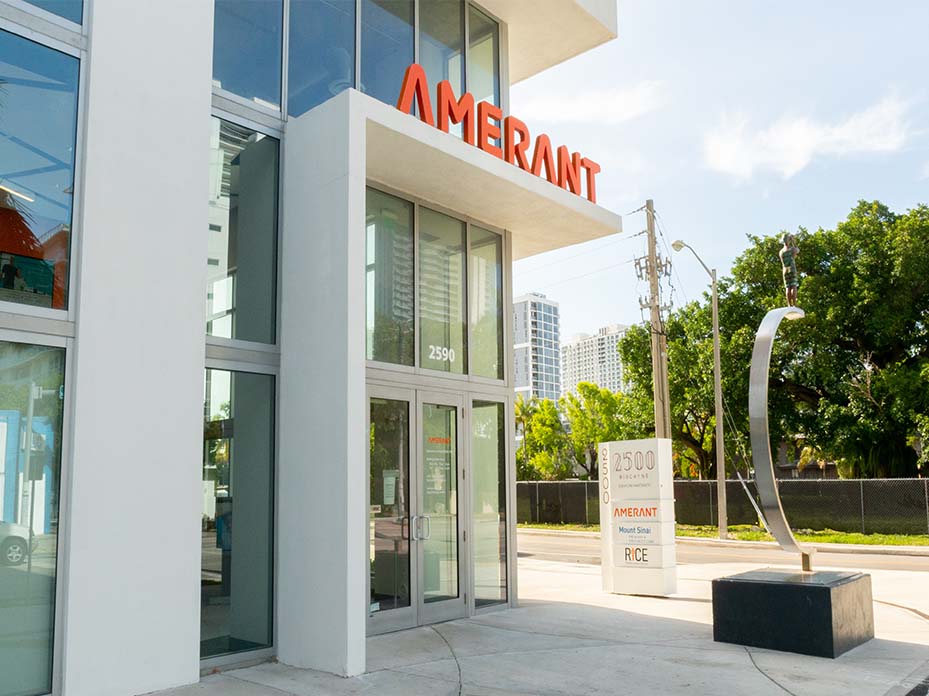 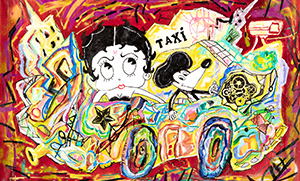 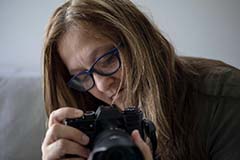 Amalia Caputo (Caracas, 1964) is a photo and video-based artist, independent curator, and art writer whose work focuses on commemorations of feminine identity and the study of photography. She holds a Bachelors in Art History from the Universidad Central de Venezuela and a Masters in Fine Arts in Studio Art and Photography from New York University and the International Center of Photography. Her works are featured in premiere exhibits across the globe. Five of her pieces are now featured at Amerant. 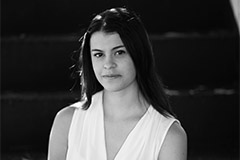 A native Miamian, Amanda Bradley received her Bachelor of Fine Arts from New World School of the Arts. Her work has been exhibited at Artmedia Gallery, the Alfred DuPont Building; American fine arts, an Allegory for Americas at Art Movement in Los Angeles, California. Current projects are in Little Haiti, Florida; and In This Moment at PH21 Gallery in Budapest, Hungary. Six of her pieces are now featured at Amerant. 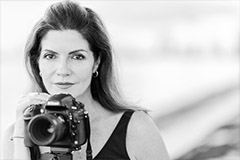 Venezuelan fine art photographer, Claudia Ammirata started photographing at a young age while living in Paris, France. She attended the Academy of Art in San Francisco, California and today she continues her passion for photography while discovering new artistic techniques in digital photography. Her projects focus on the temporary condition of life, the divine femininity and sensuality, demonstrating that life could be joyful or melancholic, but always captivating. Her work has been recently exhibited at Art Palm beach, Pinta Miami and Art Basel. Her work can be found in private collections in New York, Miami, Madrid and Caracas. She has seven pieces at Amerant. 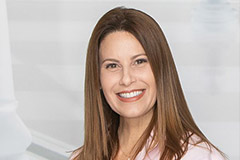 A Miami resident but Venezuelan-born photographer, Corina Hernández best describes her work as personal, abstract and metaphorical. Her work is recognized as conceptual photography. Her actual projects keep experimenting and unfolding in the fields of conceptualization of reality. Seven of her photography works are now featured at Amerant. 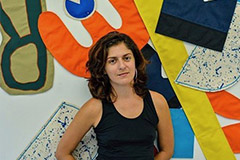 Born and raised in Miami, Cristina Victor is Cuban-American and studied at New World School of the Arts, Sarah Lawrence College for her Bachelor of Arts and San Francisco Art Institute for her Masters in Fine Arts. Always stemming from the hyphen, her interdisciplinary practice materializes meditations on the failure and power of language, auto-ethnography, vexillology, and identity through public engagement, sculpture, textiles, installation and performance. She is exhibiting three pieces during Amerant's Art Rotation. 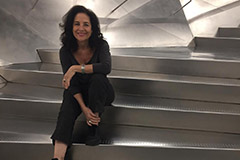 Gabriela Gamboa is a visual artist working with a broad range of media, including photography, video and performance, sound and printmaking. Though she was born in Pittsburgh she has spent much of her life in Venezuela. Her works are a reflection of current affairs and the effect of disruptive political agendas resulting in displacements and upheaval, of which she speaks from the heart. After three years at Universidad Central de Venezuela studying Biology, she went on to obtain her Bachelor Degree of Art and Design at the University of Chicago. She is a teacher of the arts and a guest lecturer for many universities. She is a recipient of the Juan Lovera Prize and has a Masters of Art from Massachusetts College of Art and Design. Five pieces are now at Amerant. 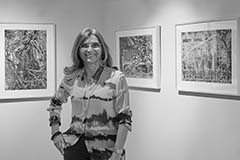 Since childhood, A. Lilia Smith trained and performed in diverse types of artistic expressions, among them dance, singing and painting. While she is a clinical psychologist by profession, for the past decade she has continued her passion for writing and photography. Six of her pieces are now featured at Amerant. 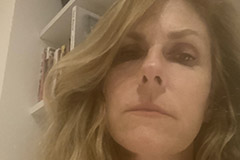 María Cristina Carbonell, born in Puerto Rico but from Venezuelan is a versatile artist who expresses herself freely through drawing, painting, photography, sculpture and video/film. Carbonell studied drawing at the Museum of Fine Arts, Boston and at The Art Students League of New York. She also obtained a Bachelors in Arts in Fashion Design from the Fashion Institute of Technology in New York. Her works have been exhibited in museums and galleries in Caracas, Barcelona, São Paulo, Madrid, México DF, London, New York, Miami, Taipei, and Basel. Carbonell lives in Miami and has three of her pieces at Amerant. 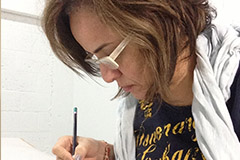 Born in Managua, Nicaragua, Marisa received her Bachelor of Fine Arts in Sculpture from Florida International University. She also earned her Master in Fine Arts in Sculpture at Virginia Commonwealth University. Her works have been widely exhibited in galleries, museums as well as international art fairs. Her work is part of several private and public collections at Hirshhorn Museum and Sculpture Garden, National Museum of Women in the Arts, Frost Art Museum and Weatherspoon Museum among others. She is exhibiting four small scale installations at Amerant. 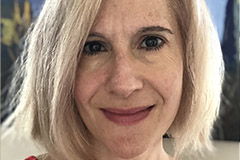 Nicole Maynard-Sahar is an artist-in-residence at the Bakehouse Art Complex in the Wynwood Arts District of Miami. She most recently participated in the official studio tour of Art Basel Miami, Smash and Grab at Locust Projects, as well as La Pinta Art Fair. She has had several solo exhibitions at the Bowery Gallery in New York City, Villanova University, and Johnson and Johnson’s World Headquarters. Her work is recognized by renowned international curators, including the Assistant Curator of the Guggenheim Museum and by Judith Hecker, Department of Prints and Illustrated Books, Museum of Modern Art among others. She has earned awards from the University of Pennsylvania. Originally from Boston, Maynard-Sahar moved to Miami in 2017. Five of her pieces are featured now at Amerant. 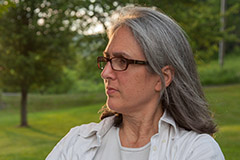 Silvia Lizama was born in Havana, Cuba, and currently lives in Hollywood, Florida. She received her Bachelor of Fine Arts degree from Barry University, where she is now the Chair of the Department of Fine Arts. She also received her MFA from Rochester Institute of Technology in Rochester, New York. Her work has gained national and international attention and has been included in prestigious exhibitions and collections. Major awards include the Southern Arts Federation/NEA Regional Visual Arts 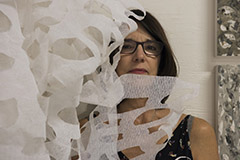 Toña Vegas, from Caracas, Venezuela, is a multidisciplinary artist working with mixed media, printmaking, digital processes and site-specific three- dimensional works. She received a Bachelor of Arts in Psychology, studied Graphic Arts at the Center for Graphic Arts. She was part of a multidisciplinary team for the creation of the Center of Cultural Action in a violent slum in Caracas, was a member of the Board of Directors of Museo Alejandro Otero as well as a founding member of an art, education and culture NGO, Guaraira-Repano Asociados. Her installations can be seen at numerous institutions and private residences globally including an Art Fair in France. She moved to Miami in 2017 and is a resident artist at Bakehouse Art Complex. Four of her pieces are now at Amerant. 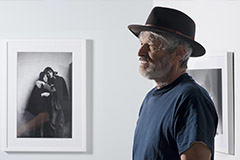 Peter Emanuel Goldman born in New York in 1939 made several films in the sixties. He worked as a journalist and a writer of international affairs. He has recorded a song and has written a book. His photos, which miraculously reappeared after 50 years in a box sent from Paris, resemble his films to some extent and differ in others. The photos were mostly made at the time he was shooting the movie Echoes and in the year following, before making Pestilent City, The Sensualists, and Wheel of Ashes in Paris. Film and writing are his main areas of expression, but photography are also very important and are a reflection of him. Peter has three of his pieces at Amerant.

This site uses cookies that allow us to collect information we use for different purposes, including personalization of your experience, enhance security, facilitate navigation, understand how our services are used, among others. We do not use cookies that capture personal information. To learn more click here.